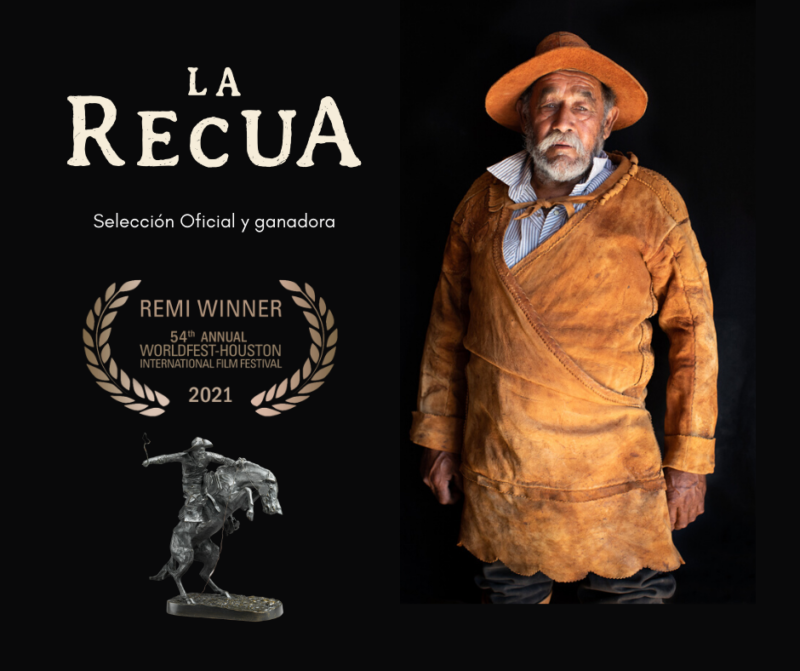 Thanks for your interest in our film! La Recua (rék•wah) – The Mule Pack Train.

By virtue of opening this page and reading our story, we know you are a great friend already. It could be that you have read about or visited Mexico’s Baja California peninsula and are intrigued by its history. Maybe you have ridden down a desert trail on a mule and met some of the lovely ranch families. Or perhaps you have even had the good fortune to visit saddle-maker Dario Higuera and his wife, Cipriana, at Rancho El Jarillal. Dario’s story … and the history of “old-trail” travel in Baja California, is about to be told. We hope that you will follow our hoof steps down the trail.

Synopsis of the La Recua, a full-length documentary in Spanish with English subs – An old desert-grown Vaquero in Baja California has a new goal in life; so he gathers a herd of mules and donkeys, builds the traditional gear for his outfit, and plans a historic re-enactment of the old-time merchant pack-trains that once traveled through that dry, rugged country over 100 years ago. When unexpected obstacles arise, his determination, fueled by the love of his family, keeps him movin’ on down that two-hundred-mile fading mission trail.

About Dario – Charismatic and talented, Dario Higuera Meza is about to turn 70. His life has been dedicated to ranching skills and living a vaquero lifestyle. Born on an outback ranch in the heart of Baja California, Dario’s family moved from the tiny oasis village of La Purísima when he was just 11 years old. In 1960 there were no highways on the peninsula; just one dirt track and only a handful of cars. His parents moved six children and all their worldly goods on the backs of burros… everything packed into handmade cactus-wood crates and leather bags… and then made the 5-day trek across desert ridges to their new “home”.

Like the indigenous clans that inhabited the country two centuries before them, the family set up camp in a remote cave above a year-round waterhole. Paintings on the cliff walls reminded them daily of predecessors who had lived in harmony with the harsh environment. From that rocky shelter, they raised their stake of cattle and goats, and built a few stone casitas with palm-thatch roofing wrapped around the structures for shade. It was a true old Californio rancho. There, with his family, he learned the skills for making a living in the rugged desert wilderness.

During his restless youth, Dario rode the well-traveled desert trails of Baja California on mule-back. He worked as a traveling cowboy, hiring out as a ranch hand while meeting folks at remote ranches strung along the peninsula. He roped, rode, trained horses, and herded alongside the best trail bosses of the day. Spending most of his nights under the stars, stories were told around the campfires about the old days when peddlers (fayuqueros) and herdsmen (arrieros) would travel with their pack-strings of burros (las recuas) from ranch to ranch selling wares and trading with the locals. Those stories intrigued the young Dario. He felt he’d been born a half-generation too late: that would have been the life for him!